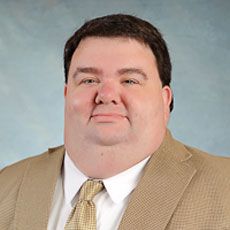 After many years of endeavoring to establish Arkansas’ third Center for Economic Education, the wait was over. In October 1986, Mike Wilson of The R. E. Lee Wilson Family Trust, made a generous pledge toward an endowment for the Center for Economic Education at ASU. Dr. Larry Dale was appointed center director in 1986 and remained so until his retirement in 2008. The impact of the ASU Center under the leadership of Dr. Dale and his immediate successor, Dr. Gary Latanich who served until his retirement in 2015, and now under its current director, Dr. Philip Tew, has been and is far-reaching and critical for northeastern Arkansas.

The Center is under the direction of Dr. Philip Tew and serves 21 counties in Northeast Arkansas.
.