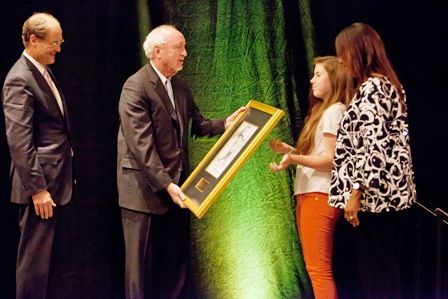 It was our privilege to honor an exceptional Arkansas family who for generations has made major contributions to entrepreneurship and the advancement of free-market principles here at home and on a global scale. During a gala lunch at the Little Rock Marriott Hotel on April 30, 2015, Economics Arkansas presented the Leadership in Free Enterprise (LIFE) Award to Dr. Archibald Ford (posthumously), his son Joe, and his grandson Scott.

We invite you to check our photos and videos from the event and media coverage in the July issue of Soiree Magazine.

Dr. Ford was Arkansas’s longest-serving Commissioner of Education, serving under six different governors from 1953 until 1978. In the early 1960s, he was instrumental in launching the Arkansas Council on Economic Education, now Economics Arkansas, which continues to excel as one of the strongest economic education councils in the nation. Joe Ford, and later his son Scott, spearheaded the growth of Alltel Corporation from a regional telephone company to a major telecommunications organization and national wireless carrier. In 2009, they launched Westrock Capitol Partners, a private investment group. 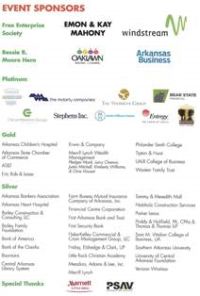 Randy Zook, president and CEO of the Arkansas State Chamber of Commerce and Economics Arkansas board member who served as MC, described the impact of the Ford family with these words: “We’re here to celebrate the extraordinary contributions to the Arkansas story by three generations of a remarkable family, the Fords: Dr. Arch Ford, his son Joe Ford and his son, Scott Ford. What a threesome! All successful in their chosen fields and all three admired and respected for their uncommon grace while achieving their success. We all know that Arkansas has a rich history of families that make great things happen and leave wonderful contributions to mark their efforts. Today’s honorees are fully deserving of a whole chapter in the Who’s Who of Arkansas for a variety of singular accomplishments.”

In his keynote address, Warren Stephens of Stephens Inc. paid tribute to the long-lasting relationship that Stephens and Ford families have shared as business partners and friends for almost 70 years. Joe Ford concurred. “It’s a relationship that began with a handshake,” he noted when thanking Economics Arkansas and the almost 600 guests for honoring his family with the Leadership in Free Enterprise Award. The artwork for the award was created by Caitlyn Johnson of the El Dorado School District.

Rounding out the sold-out luncheon were Debbie Shearer of Baker Elementary School, Pulaski County School District, and Susie Thompson of Little Rock Christian Academy and their students who passionately and persuasively spoke of the impact of economic education.

We are deeply thankful to everybody who made this gala luncheon such as success: